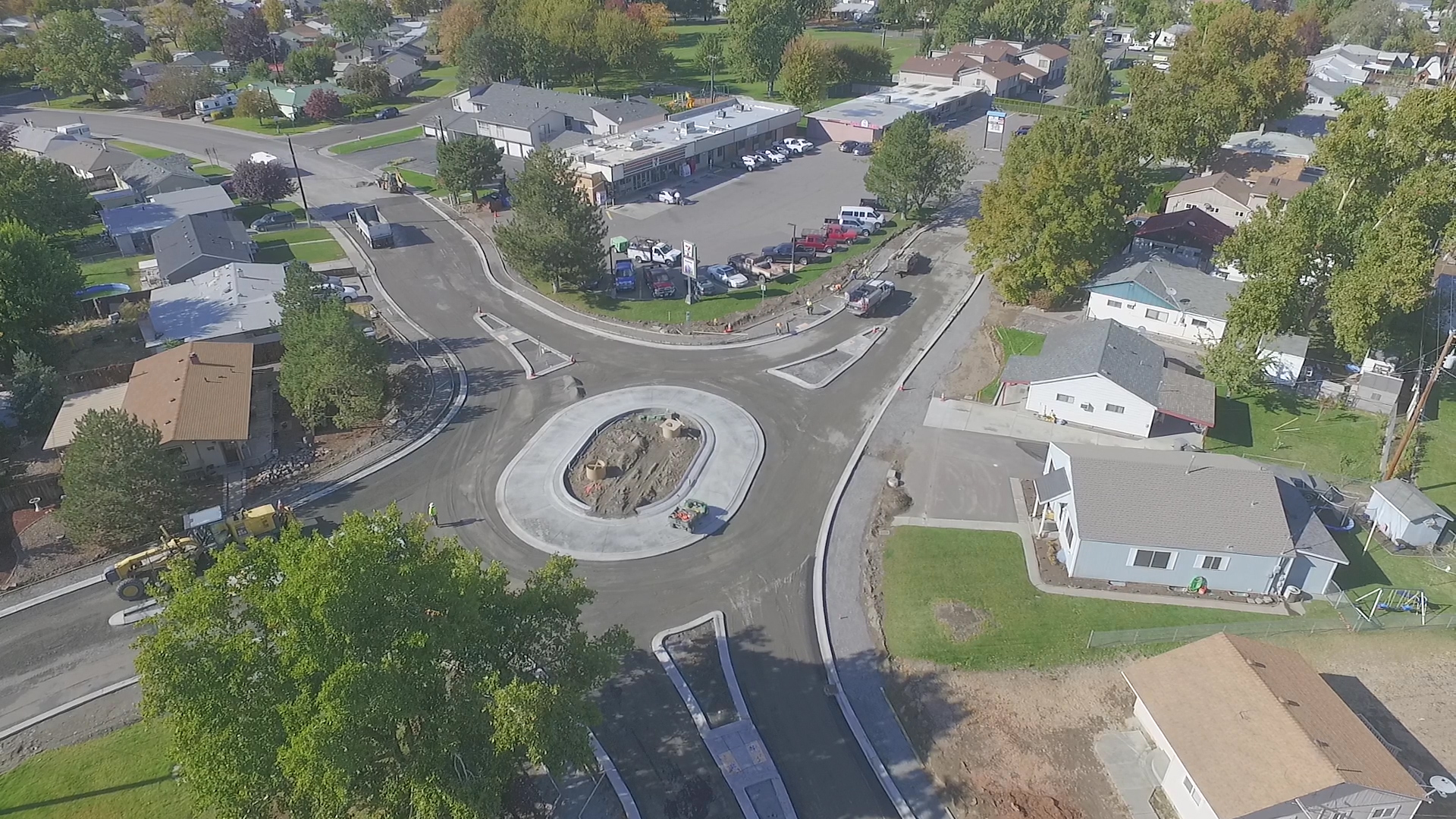 What is a roundabout?

Why are we considering roundabouts?

Roundabouts offer some advantages that stop-sign controlled intersections don’t. The City’s evaluation of the Duportail Street corridor suggests that a roundabout’s features fit well with the character of the neighborhood and the functionality of Duportail Street. The benefits are to vehicle speed of travel, safety, and pedestrian safety. The current proposal is to select between a two-way stop controlled intersection and a roundabout. A traffic signal is not being considered because the conditions allowing a traffic signal will not be met on Duportail Street.

Why are roundabouts considered safer?

The Washington State Department of Transportation lists the following reasons roundabouts decrease the likelihood of a collision:

How fast should a vehicle go in a roundabout?

Roundabouts are designed for a travel speed of 15 – 20 miles per hour.

Does Richland currently have any roundabouts?

No, Richland does not have any roundabouts. The Parkway intersection is not considered a true roundabout and the two-lane roundabout at Steptoe/Columbia Park Trail is within WSDOT’s jurisdiction.

Do roundabouts cause more crashes?

No, statistics show that roundabouts decrease the overall amount of crashes by 40% and reduce injury crashes by 75% at intersections where stop signs or signals were previously used. Pedestrian collisions are also reduced by 40%.

Will the roundabout be big enough for large trucks?

The roundabout will be designed to accommodate delivery trucks, buses, and emergency vehicles. A slightly elevated “truck apron” will be installed in the center to provide an area for larger vehicles to track when necessary.

How do you drive in a roundabout?

How many lanes would the proposed roundabout have?

The proposed roundabout would have one lane, similar to the more residential neighborhoods in Kennewick.

Where can I find more information on roundabouts?

The Washington State Department of Transportation has some excellent information on roundabouts, including videos. This information can be found at:http://www.wsdot.wa.gov/Safety/roundabouts/BasicFacts.htm